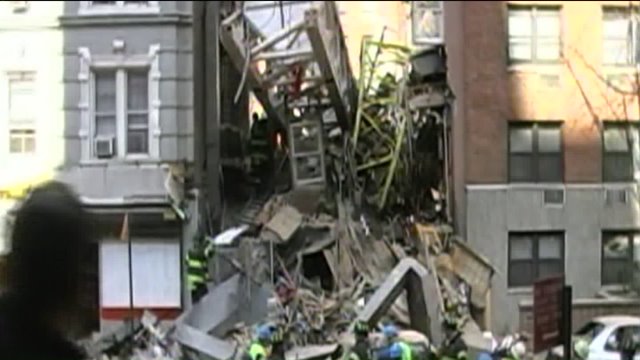 NEW YORK — Even though city investigators said a professional rigger, William Rapetti, did shoddy work when he secured a tower crane to a skyscraper located at 303 E. 51st St. in March 2008, he never did any jail time for a collapse that left seven people dead.

His company, Rapetti Rigging Services of Massapequa Park, did have its license revoked.

After a total of nine people were killed in crane accidents, within three months in 2008, then-Mayor Michael Bloomberg and the city’s Department of Investigation joined forces with other agencies to root out corruption in the crane industry.

James Delayo, who was the assistant chief crane inspector for the Department of Buildings (DOB), was indicted within a week of the second, fatal collapse in 2008.

He was charged with taking thousands of dollars in bribes and passing crane operators who never took a licensing test.

He was also accused of falsifying inspection reports.

Delayo was ultimately convicted and sentenced to two to six years in prison.

After 2008, the DOB  got strict about having one of its inspectors on site if a crane was being assembled, moved, extended or disassembled.

But even that kind of monitoring did not prevent accidents.

In 2010, an inspector was on site during one March weekend when a crane was being worked on. Two hours after the crane operator left for the night, the equipment fell against 80 Maiden Lane.

Fortunately, no one was hurt.

New York City Comptroller Scott Springer has released two reports since 2014, and he said only eight of 65 safety recommendations have been fully implemented by the Department of Buildings since 2008. And Stringer listed a number of “high profile” collapses or accidents that have happened, involving cranes, in the past 10 years.

May 2015: A heating unit carried by a crane fell 30 stories onto a midtown street, injuring 10 people.

January 2013: A collapse of a crane in Long Island City injured seven and trapped three workers under debris and the body of the 380-foot crane.

April 2012: A crane collapsed during the construction of the No. 7 subway extension, killing one and injuring three others.

May 2008: A 200-foot crane snapped, killing two workers, after a welding repair failed under stress.