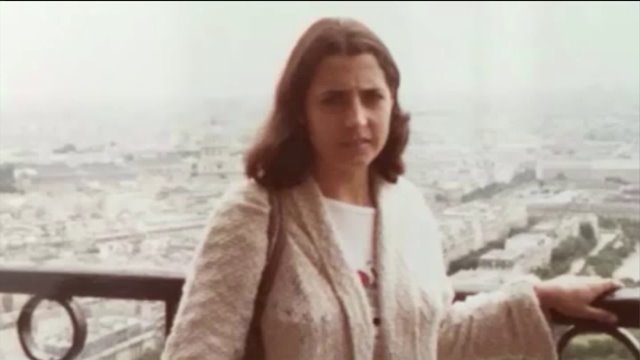 NEW YORK — Renee LaManna will be 58 years old this year, if she’s still alive. Her sister Margaret spent the last year chasing sightings of a female drifter in the South, who was wearing a turquoise coat and eyeglasses.

Now Margaret LaManna has been notified the mysterious traveler with the chapped lips and haunting eyes is not the sister who vanished from her Atlantic City home on January 8, 1994.

In 1994, Renee LaManna was 35 years old and living in Fresh Meadows, Queens with her long-time boyfriend, an immigrant taxi driver from Afghanistan.  The relationship was unraveling, and Renee—who was a cellist, a scholar, and a one-time Peace Corps volunteer—was suffering from depression.

The boyfriend had asked her to leave the apartment they shared.  Margaret LaManna told PIX11 that on January 8th, 1994—Renee LaManna was discovered wandering the streets outside her Queens home in bare feet—and wearing an Afghani wedding outfit.  Police said she was confused.  She was taken to the psychiatric emergency room at Jamaica Hospital but not admitted.

After several sightings in 1994 and 1995, Margaret LaManna said she never heard much of anything again until twenty years later, when a woman named Ruth Collins contacted her from southwestern Virginia.  Collins said the woman greatly resembled an age-progression image from Renee LaManna’s Missing Persons page.  Collins believed she had met the confused woman in the fall of 2014, buying her clothes and food.  And Collins’ sister said the drifter gave various aliases to a sheriff’s deputy from Franklin County, Virginia.

“And that’s when she says Renee,” Lori Manning recalled.  “She said Renee LaMan.”

Those words led Margaret LaManna to launch a major ‘social media’ campaign to “Find Renee.”   Trucks drivers from all over the South volunteered to distribute flyers.  A group of women formed “Team Renee,” seeking to track down more information about sightings in the South.  Local TV stations in South and North Carolina picked up the story.  Eventually, PIX11 did, too, because of Renee LaManna’s ties to New York and New Jersey.

The LaManna sisters were born in Scranton, Pennsylvania, and a truck company from their home state, Road Scholars, allowed one of its 18-wheelers to be painted with images of the mysterious traveler, complete with giant ads for the “Find Renee” group and phone numbers.

PIX11 reported on the truck and Team Renee during a long road trip to southwestern Virginia in September 2015.

Now, the Franklin County Sheriff’s office has notified us the drifter is not Renee LaManna.  She had her fingerprints checked in Kissimmee, Florida and they match another woman from upstate New York, according to a police report from the police in Kissimmee.