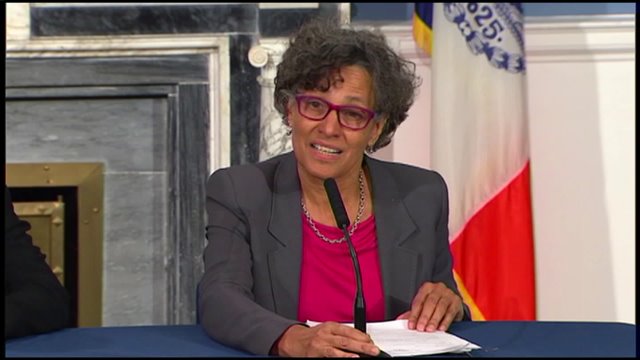 All three had recently returned from countries that have experienced a Zika outbreak.

The virus is believed to spread to people through the bites of infected mosquitoes.

"Yesterday we were informed of a laboratory confirmed case of Zika in a pregnant woman who traveled to an area with an ongoing Zika transmission," said Health Commissioner Bassett.  "There is no risk of acquiring the Zika virus in New York City.  The mosquito responsible for transmission in areas of Latin America and the Caribbean is aedis aegypti which is a mosquito species that we do not see here."

However, officials went on to say that there is much that isn't known about the virus, and that out of an "abundance of caution" they would be monitoring any possible transmission.

Most people do not need to be hospitalized from the disease. But officials are studying whether some severe birth defects can be linked to an infection during pregnancy.

Officials urged women who are pregnant or plan on becoming pregnant to avoid traveling to areas of transmission.

The mosquitoes believed to carry it are not found in New York.  As a precaution, however, residents are encouraged not to allow water to sit outside so as to prevent mosquitos from breeding.

Zika has been found in Africa, Latin America and the Caribbean. Health officials declined to say from where the infected New Yorkers had traveled.