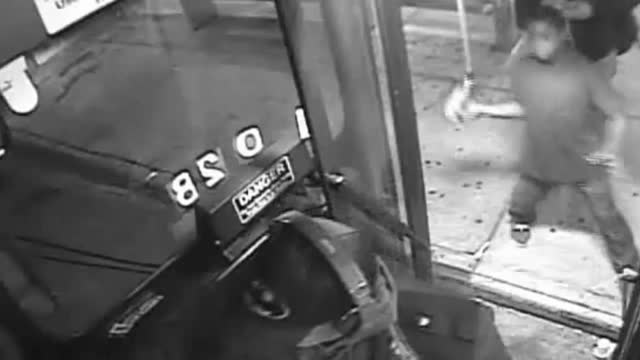 THE BRONX — A boy was caught on camera throwing a glass bottle through the door of an MTA bus, hitting the driver in his eye, police said Wednesday asking for the public's help to find the child.

It happened shortly before 9 p.m. Oct. 20 at the bus stop on the southwest corner of Home Street and Prospect Avenue in the Bronx, police said.

The assailant, thought to be no older than 13, approached bus No. 267 and hurled a glass bottle through its open door. A rider was paying his fare when the bottle when flying and another rider was waiting in line to get on to the bus, video shows.

The driver suffered a minor injury to his left eye, was taken to a hospital, treated and released, police said.

Police described the wanted individual as a black male about 10 to 13 years old with short curly hair who stands about 5 feet 4 inches tall. He was last seenw earing black sneakers, a black polo shirt and black jeans.