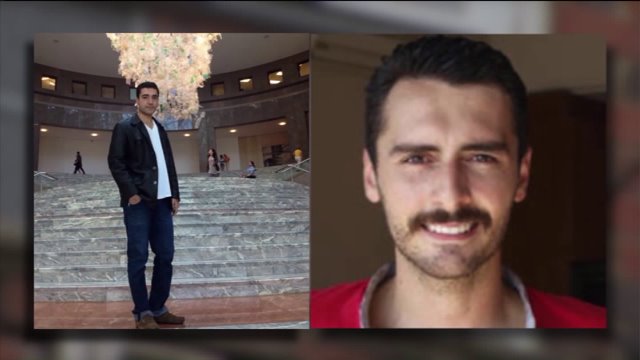 Firik and another man, Dogan Kimilli, leased a three-bedroom apartment in Elmhurst from landlord Eddie Shiew and then illegally renovated it into small sleeping quarters they’d rent out by the night or week on airbnb.com.

“They turned a three-bedroom into a 10-bedroom apartment," Shiew said. He tore down the renovations and changed the locks, but Firik and Kimilli went to court and the judge ordered the landlord to go through formal eviction proceedings, which he is now doing.

Firik did the same thing with a landlord named Richard Birrer, who leased him a two-bedroom apartment in Sunnyside, Queens, and then converted into six bedrooms. Firik rented the rooms through Airbnb, collecting an estimated $5,000 to $6,000 a month, says the landlord.

Birrer took Firik to court and got an order of eviction, though it took five months.

Following our two reports, PIX11 was contacted by a number of tenants who say they rented rooms from Firik in properties he had converted, and the results were disastrous.

Justin Worsley rented a room on Lefferts Avenue in Crown Heights, Brooklyn. Though Firik’s name is not listed as the landlord on the property records, Worsley paid him $650 a month rent and a month’s security.

Six months later, Firik texted Worsley and the four other tenants saying, “everybody has to move out," so he could “demolish the house.”

“He then threatened me," Worsley said. "Told me he was gonna cut the power and the water, which he legally can’t do. He says he does this all the time. He’ll take all my stuff and throw it out in the streets.”

When Firik demanded the tenants move out immediately, Worsley texted back “we will not be out tomorrow, so you’ll be unable to demolish, sorry.”

“You’ll see your ass on the streets. We know all the bloods and crips dawg.”

The bloods and crips are well known street gangs.

"He was threatening me," Worsley said. "He was gonna have gang people come to my house to either rob me or attack me.”

Worsley said he called the NYPD but was told there was nothing they could do because no violence had taken place and there was no pattern of threats.

Worsley moved out, using his security deposit as his last month’s rent. He had enough of Burak Firik.

“I think he is a very shady guy," Worsley said. A shady guy who knows how to work the system from all angles.