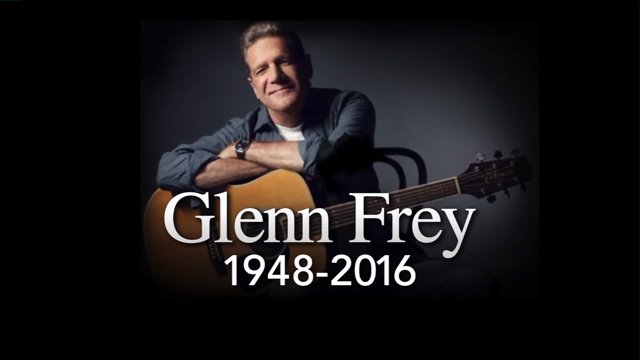 NEW YORK – Eagles founder and guitarist Glenn Frey died at the age of 67 Monday after a battle with multiple illnesses, according to the band's website.

"Glenn fought a courageous battle for the past several weeks but, sadly, succumbed to complications from Rheumatoid Arthritis, Acute Ulcerative Colitis and Pneumonia," the band's publicist wrote.  "The Frey family would like to thank everyone who joined Glenn to fight this fight and hoped and prayed for his recovery."

Frey had been suffering from intestinal issues, which caused the postponement of the band's inclusion in the 2015 Kennedy Center Honors.

Frey and the other original members of the Eagles — Don Henley, Bernie Meisner and Bernie Leadon -- came together to form singer Linda Ronstadt's backup band in the early 1970s.

They were all experienced musicians who brought their expertise to the country-tinged rock sound that the Eagles would eventually make famous.

Going on to form their own band, the Eagles found wild success.  Frey played guitar and keyboard and took lead vocal duties for the band.

A winner of six Grammy awards, Frey had a hand in writing and performing Eagles hits including "Take It Easy," "Hotel California," "Tequila Sunrise," "Life in the Fast Lane," and "Lyin' Eyes," among others.

The Eagles' Greatest Hits 1971-1975, was the first album certified platinum and has sold 29 million copies in the United States, second only to Michael Jackson's "Thriller," according to Rolling Stone.

The band has sold more than 100 million records worldwide.

Though the public reception was warm, the band had a famously contentious relationship with critics.

"Another thing that interests me about the Eagles is that I hate them," wrote rock critic Robert Christgau in 1972, when they first hit it big.

The band succumbed to internal squabbles and broke up in 1980. Frey, Henley and other band members were famously contentious.

"He was like a brother to me," fellow Eagle Don Henley said in a statement Monday. "We were family, and like most families, there was some dysfunction. But, the bond we forged 45 years ago was never broken, even during the 14 years that the Eagles were dissolved."

The band reunited for 1994's Hell Freezes Over tour, which spawned an MTV special and a live album. They would continue to tour together over the years.

The band's publicist posted this flier on the Eagles' website Monday.

A perfect day, the sun is sinkin’ low
As evening falls, the gentle breezes blow
The time we shared went by so fast
Just like a dream, we knew it couldn’t last
But I’d do it all again
If I could, somehow
But I must be leavin’ soon
It’s your world now

But first a kiss, one glass of wine
Just one more dance while there’s still time
My one last wish: someday, you’ll see
How hard I tried and how much you meant to me