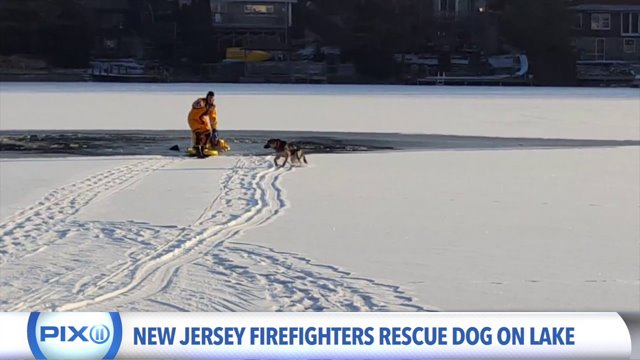 WEST MILFORD, New Jersey -- Video shows the dramatic rescue of a puppy who had fallen through an icy pond in Passaic County, New Jersey Friday morning.

Firefighters responded around 8 a.m. to Lindy's Lake in West Milford which was frozen over. The 6-month-old German Shepard had fallen through about 75 yards from the shoreline.

The West Milford Fire Department worked their way out on the ice and say the pup was scared, it tried to attack the rescuers.

Crews did not give up and were able to pull the puppy out within minutes.

The shivering puppy walked around the ice covered lake for before being reunited with its owner.