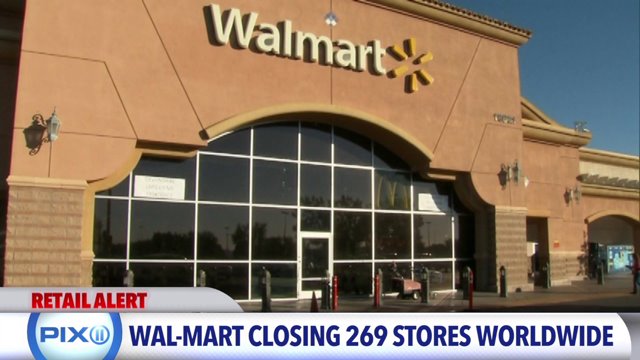 NEW YORK — Wal-Mart is closing 154 stores in the U.S., the company announced on Friday.

As part of a "sharpened focus on portfolio management," the 154 U.S. closures include 102 of its Wal-Mart Express stores, which were opened during a test that started in 2011.

“Actively managing our portfolio of assets is essential to maintaining a healthy business,” said Doug McMillon, president and CEO, Wal-Mart Stores, Inc. “Closing stores is never an easy decision, but it is necessary to keep the company strong and positioned for the future. It’s important to remember that we’ll open well more than 300 stores around the world next year. So we are committed to growing, but we are being disciplined about it.”

Wal-Mart intends to open 50 to 60 Supercenters and 85 to 95 Neighborhood Markets over the next 13 months. In the same period, Sam’s Club plans to open at least seven new stores.

“The decision to close stores is difficult and we care about the associates who will be impacted,” McMillon said. “We invested considerable time assessing our stores and clubs and don’t take this lightly. We are supporting those impacted with extra pay and support, and we will take all appropriate steps to ensure they are treated well.”