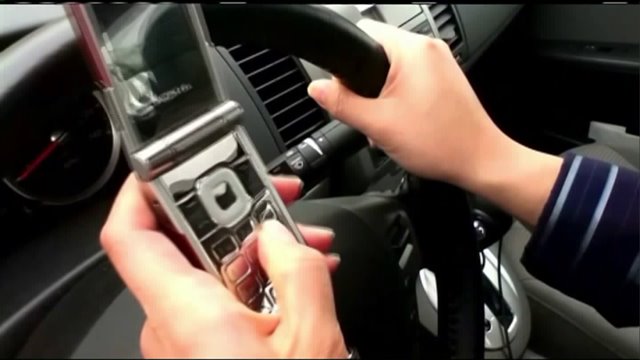 JERSEY CITY - On New Year’s Day, South Brunswick Police responded to a mangled car wreck on Route 1, where a car full of people were in dire need of medical attention. Investigators say the crash occurred at around 5 a.m., after a long night of celebration. Too much alcohol was not to blame, instead police believe it was too little attention to the road.

13-year-old Blanca Azucena Hernandez-Vargas was killed, and her brother was the driver, said police. The Middlesex County Prosecutor’s Office is still reviewing the facts, but police say distracted driving caused the crash.

“It’s just like you have a gun in your hand,” exclaimed a taxi driver, Teddy Le Franc.

New Jersey drivers who spoke to PIX11 on Friday said they remain hands-free while behind the wheel.

“I only use it with a bluetooth device,” said Alberto Fernandez, who also drives professionally.

While, professional jitney bus drivers were caught texting and talking behind the wheel by PIX11 in a recent undercover investigation. One jitney driver charged will go to trial in a couple weeks, after police say his distracted driving caused the death of an 8-month-old infant.

Hands-on cell phone is already illegal in New Jersey but but the next push by lawmakers is expected to be focused on cell phone use while stopped. You can currently use a phone while stopped at a red light, in traffic or otherwise.