Howard helps newlyweds taken for a ride on their wedding day 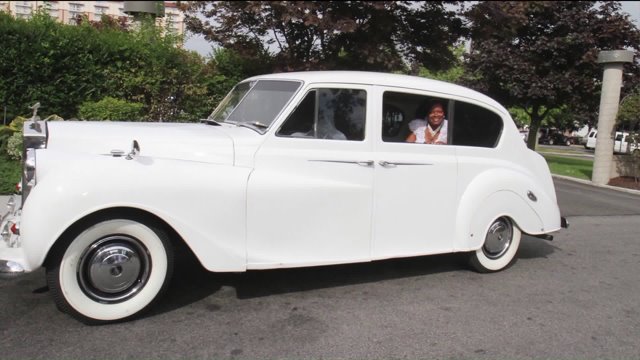 Tim Brady and Deborah Hunter were married back in September 2014.  They almost didn't made it to their reception.  They were riding from Brooklyn to Long Island in a Rolls Royce Limo from Blue Streak Limos in Totowa, NJ.

The car started sputtering and finally the driver pulled over. He told Tim and Deborah they had to get out—right there on the side of the LIE.

“I’m like are you serious? Are you serious,” Deborah tells us. “I’m in a wedding dress on a highway. On the side of the road.”

Fortunately for the newlyweds, the best man was following them.  They got in his car— but they missed a lot of the reception.  And besides, arriving at your wedding reception in a Chrysler 300 is not quite the same as arriving in a classic Rolls Royce.

Then they had problems with the limo company.

“They didn’t call and apologize or anything! No courtesy call no nothing,” Deborah says.

So, the couple went to court. They got a judgment in New York and had it transferred to New Jersey. A total of $2,300. But still no payment from Blue Streak Limo.  So Deborah contacted me.

Deborah, Tim and I all went over to visit Blue Streak.  The poor guy behind the desk knew nothing about this.  But he told us there was a brand new owner.  So she came over and met us, a very nice woman named Sylvia.

The situation was news to Sylvia, too. And she was concerned about the reputation of her business.  But with a little negotiation by yours truly, Sylvia wrote a check on the spot.  Tim and Deborah had their money.  And Sylvia kept up Blue Streak Limo’s reputation by doing the right thing.