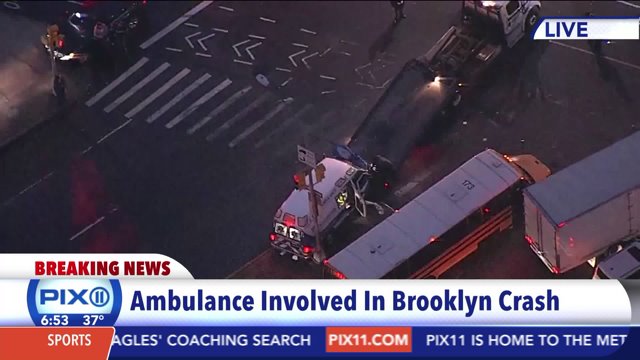 CROWN HEIGHTS, Brooklyn — At least two EMTs were rushed to a hospital Friday morning after the ambulance they were driving in was involved in a multi-vehicle crash in Brooklyn, according to fire officials.

The call came in about 5:15 a.m. about a wreck at Atlantic and Bedford avenues in Crown Heights, FDNY said.

It was not immediately clear how many other vehicles were involved in the crash.

A fire department spokesman said two EMTs were taken to a hospital in serious but stable condition. There was no word of other injuries.