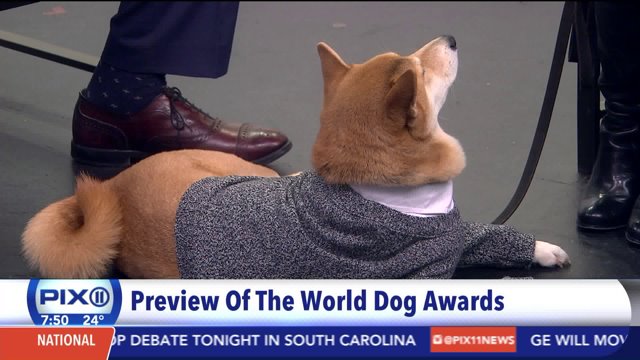 Now, that the Golden Globes are behind us and the Oscar nominations have been announced, it's officially awards season. And tonight the awards are going to the dogs.

Nominee Bodhi "Menswear Dog" and his human companion Yena Kima gave PIX11 a preview of the big event.  The World Dog Awards airs Thursday night on PIX11 from 8  to 10 p.m.