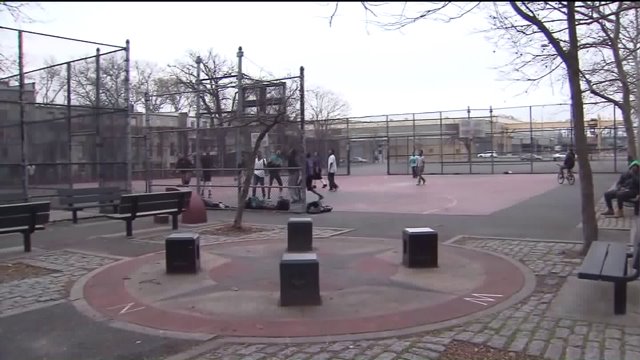 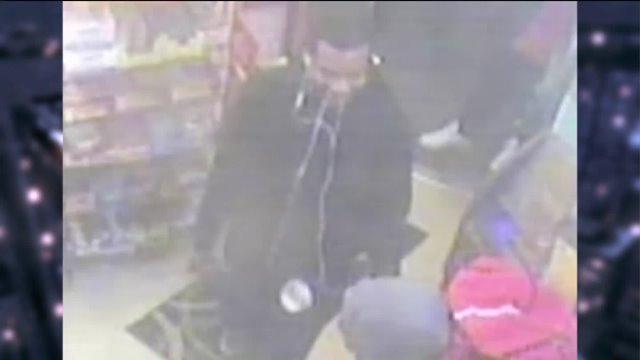 BROWNSVILLE, Brooklyn — A teen out for an evening walk with her father was held at gunpoint and brutally raped by five men inside a Brownsville Thursday playground, police said.

The 18-year-old was walking her father in Osborn Playground near Hegeman Avenue around 9:20 p.m. on Thursday, when they were approached by five men, one of which displayed a handgun, police said.

The gunman pointed it the victim’s father and told him to “get the [expletive] out of here,” police sources said.

The father ran for help and flagged down nearby officers, while the men forcibly removed the woman's pants and took turns raping her at gunpoint, police sources said.

As the father arrived with police, the suspects fled. They were captured on a nearby surveillance camera at a bodega.

The victim was taken to Kings County Hospital in stable condition.

The gunman is described as a tall black male about 20-30 years old and wore a red jacket and black pants, police sources said.

“I am disgusted and deeply saddened by the horrific attack that took place in Brownsville yesterday evening. We will take every step possible to find and swiftly prosecute the assailants of this vicious crime. Every New Yorker in every neighborhood deserves to feel safe and protected, and we will not stop until the perpetrators of this disturbing attack are held accountable for their actions. This administration has zero tolerance for sexual attacks, and we will work to ensure a crime of this nature never happens again.”

NYC Park advocate Geoffrey Croft says there were more than 500 violent crimes in city parks last year and yet there are no nighttime patrols.

"The city needs to dramatically step up law enforcement patrols in the parks," Croft said.
Neighbors reacted with palpable anger about the incident.

"It's a shame that a young girl can't walk down the street with her father without thugs raping her," community activist Michael Thomas.

"It's so sad, we got a lot of young girls out here," neighbor Angela Watson added.