NYPD urged to be extra vigilant after Philadelphia attack 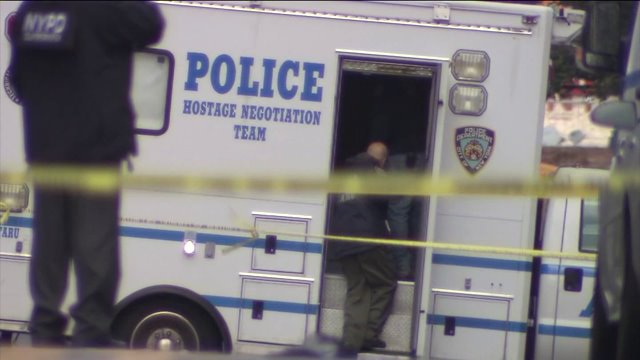 MANHATTAN -- NYPD top brass is worried about a Lone Wolf attack like the one in Philadelphia where a masked man fired shots at point-blank range at a Philadelphia police officer.

The suspect said he was acting in the name of Islam and that he was targeting police officers because police defend laws that are contrary to the Koran.

Less than twelve hours after the attack on the Philadelphia police officer, the NYPD issue a memo to all commands urging all officers to exercise "heightened vigilance and implement proactive measures" in light of yesterday's attacks on police in both Paris and Philadelphia.

"There is no take two in an attack," retired Detective Sergeant, Wally Zeins, a PIX11 crime consultant, " said. "After Paris and Philadelphia, the NYPD is asking ll officers to be e tea careful."

The NYPD has been concerned about Lonewolf attacks on police officers ever since 2014 when Zale Thompson charged at four New York City police officer's with an 18 inch metal hatchet, critically injuring one of them, a police rookie, just 25, Kenneth  Healey.

The self-radicalized suspect was supposedly inspired to attack police in part by Isis beheading videos.

He was shot dead during the attack which the investigators called an act of terrorism.

Healey received a standing ovation at a recent police promotion ceremony. He returned to work last month after more than a year of rehab. He is on desk duty for now but is hoping to be back in his beat soon.