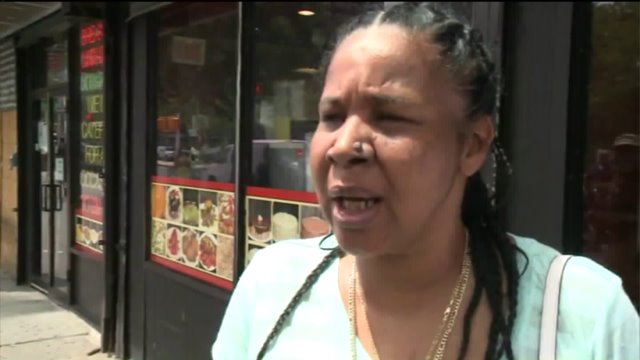 A look back at the year following the chokehold death of Eric Garner.

NEW YORK — The New York Police Department says a sergeant has been stripped of her gun and badge and charged internally in the July 2014 chokehold death of Eric Garner.

Sgt. Kizzy Adonis was one of the supervising officers at the scene of Garner's death on Staten Island during an arrest on suspicion of selling loose, untaxed cigarettes. Officials said Friday she was charged with failure to supervise.

Sgt. Ed Mullins is the head of her union and calls the charge ridiculous and political.

Eric Garner's daughter, Erica Garner, tweeted about Adonis' charge. She mentioned although this is the second person charged in her father's death, the officer, Daniel Pantaleo, who applied the chokehold has not been charged.

Second person to face charges in my fathers death. No one that laid hands on him had been charged! CHARGE PANTALEO https://t.co/GXgf58vZft

Pantaleo remains on modified duty but has yet to face departmental charges. A federal probe is continuing.

Adonis was recently promoted to sergeant while she was on probation, and under NYPD policy officials had to act on the charges within 18 months.