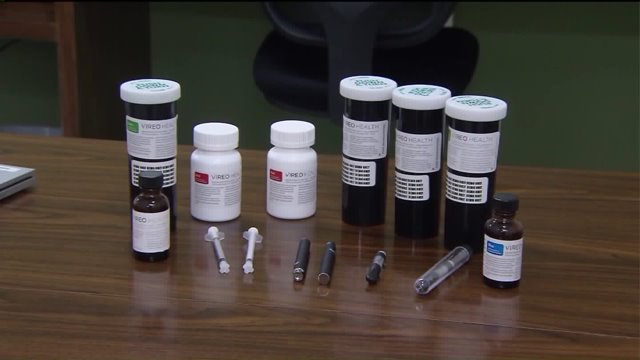 MANHATTAN – Medical marijuana open for business in New York, but now not all potential patients can get their meds.

"He has seizures that have not responded to traditional medicine, nothing has worked we've tried it all," says Missy Miller whose son was born with health challenges.

She says his biggest hurdle is with the State of New York giving him another roadblock to medical marijuana.

"The responsibility has been put on the patients to educate the doctors about medical marijuana," says Miller.

Miller says she can't find a qualified doctor who can prescribe the medicine.

She's claiming the state failed in not getting  enough doctors certified and dragging their feet on helping to open more clinics.

"Make them feel comfortable prescribing this medicine.  Make it easy for doctors know they won't be put on a list and let them know patients won't be banging on their door looking for marijuana," says Miller.

So for now she waits, hoping and praying the state will give a thumps up to a doctor for her child's condition - before it worsens or it's just too late for Oliver.

"We've almost lost him a few times in the last 18 months."

PIX11 contacted the NY Department of Health who say its up to the doctors and must be registered in the program.  According to the state - those numbers are increasing.