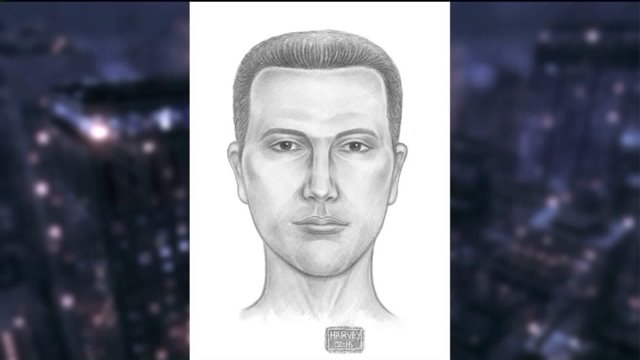 WEST VILLAGE -- The search is on for a man who posed as a concerned neighbor in a fake emergency in order to gain the trust of a woman, of whom he then took advantage in a criminal and hazardous way.

It's a situation that's reminiscent of a notorious sexual torture case in a nearby neighborhood 11 years ago.

There's hope, however, that in this latest crime, the survivor's detailed description of her attacker will help lead to an arrest, just as it did in the 2005 sexual torture case.

The latest incident happened near the intersection of West 12th Street and Greenwich Avenue around 3:25 a.m. Sunday.

That's when a 23-year-old woman arrived at her home there, with a shadowy figure having followed her, according to detectives.

The man somehow managed to get to the woman's apartment door once she was in the building. He knocked, and said he was a neighbor concerned about a burning smell. She opened the door, and that's when he barged into the apartment, slapped and choked her, ripped her clothes off and forced her to perform oral sex on him.

He then fled with $250 cash from her wallet and her cellphone.

"That's scary," said a woman who lives in the building where the crimes took place. She said the apartment is a fifth floor walk up, and that the survivor "could have been any of us" neighbors.

Other people who live and work in the area said that the fact the suspect is still out there has them concerned.

"I have to be a little more careful," said a local woman who only gave her first name, Kelsey. "I'm usually pretty careful, but when they're inside of your building already, that's another thing."

Bebe Matthews, who works near the building where the attack happened, said that the suspect took advantage of the relative emptiness of the streets at that hour.

"Sometimes I work very late," said Matthews, "but then you pass in the street, there's nobody around."

Along with the nervousness and surprise people expressed were some positive reactions, as well. "It's good that people report it," said Ann Olive, who lives nearby.

She was one of many women who told PIX11 News that they were encouraged that the sex attack survivor was able to give a clear description of her attacker, which in turn enabled investigators to issue a detailed composite sketch of him.

The most recent incident is reminiscent of a notorious crime in 2005, when Peter Braunstein, 42 at the time, lit a fire in the hallway of a woman in Chelsea whom he'd targeted. Braunstein was disguised as a firefighter in the Halloween night incident in order to get the woman to open her apartment door. He forcefully entered, chloroformed her, bound her with duct tape and proceeded to sexually torture her for hours.

Her description of him eventually led to his arrest, and neighbors near this latest sex crime are optimistic that the suspect will be caught as well, even though the only surveillance image of him is of his back, and is grainy.

"He looks pretty tall," said Olive. "Five [feet] eleven." She was almost spot on. The survivor described him as 6 feet tall, and in his twenties.

What helps most, said Olive, the nearby resident, is that "people were notified, and it really makes a difference knowing about it."

Police are asking anyone with information to contact Crime Stoppers by phone at 800-577-TIPS (8477), or click here http://a056-crimestoppers.nyc.gov/crimestoppers/public/index.html.