Man, 29, killed in hit-and-run on FDR Drive in Kips Bay 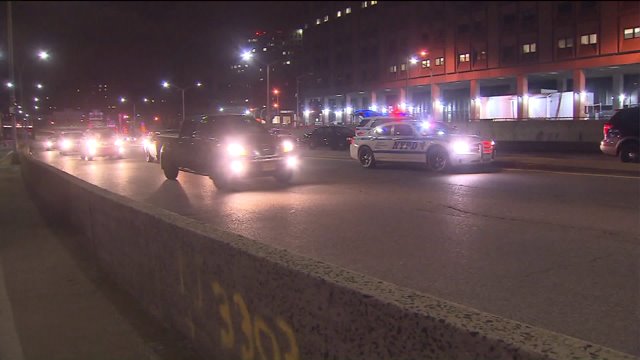 KIPS BAY, Manhattan—A man darting across the busy lanes of the FDR Drive was struck and killed by a hit-and-run driver early Friday, cops said.

A 29-year-old man was struck and killed while trying to cross the FDR Drive, cops say. (Photo: PIX11/Myles Miller)

The victim, 29, was walking near East 29th Street and the FDR Drive at about 12:30 a.m., when a northbound, gray sedan slammed into him and sped off, cops said.

The man was taken to nearby Bellevue Hospital, where he later died, cops said.​