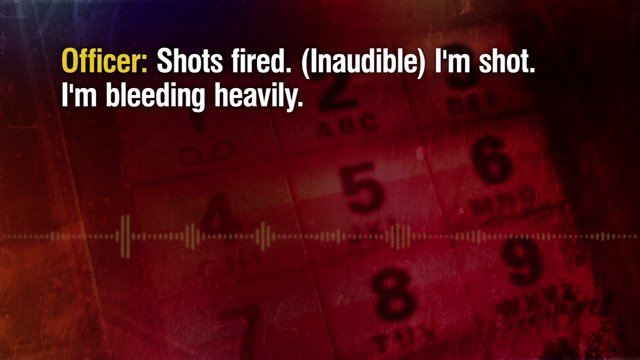 PHILADELPHIA—A Philadelphia cop is lucky to be alive after a brazen gunman unleashed a barrage of bullets on the officer Thursday in what the city’s top cop is calling an “execution” attempt.

Officer Jesse Hartnett, 33, was driving through West Philadelphia around 11:45 p.m. Thursday, when a gunman started unleashing a hail of bullets. The suspect, a 30-year-old man, fired at least 13 times, emptying his 9mm handgun.  At one point, the gunman could be seen in surveillance images with both arms inside the patrol car as he appeared to fire directly into Hartnett.

"This is absolutely one of the scariest things I've ever seen," Ross said.

Hartnett, a five year veteran of the PPD, was struck three times in his left arm and suffered a broken arm and nerve damage during the incident.

“It’s amazing he was able to survive,” Ross said of Harnett who is undergoing surgery at Penn Presbyterian Hospital Friday morning.

During the shooting, the suspect was so close to the police car that he squeezed off a few shots from inside the car’s driver side window, Ross said.

The suspect, whose identity is unknown is being treated at the Hospital of the University of Pennsylvania.