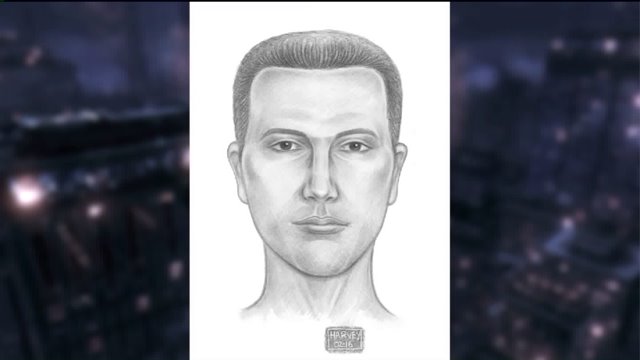 GREENWICH VILLAGE – The search is on for a devious attacker who followed a young woman into her Greenwich Village apartment, tricked her into letting him inside then sexually assaulted her, police said Friday.

It happened just before 3:30 a.m. Jan. 3 at the victim’s home on West 12th Street and Greenwich Avenue, police said.

The culprit followed the 23-year-old for several blocks, ultimately trailing her to her apartment. Pretending to be a neighbor, the attacker knocked on the woman’s door and when she answered, asked if something was burning inside her home, NYPD said.

Once inside, he allegedly slapped and choked her then took off her clothes and forced her to perform oral sex, police said.

The culprit took the victim’s cellphone and $250 from her wallet before running away, police said.

The woman was treated at a hospital and released, police said.

Police on Friday released a sketch and a surveillance image of the attack asking for the public to help track him down. The attacker is described as a white male in his 20s who stands about 6 feet tall, police said. He has black hair and brown eyes.