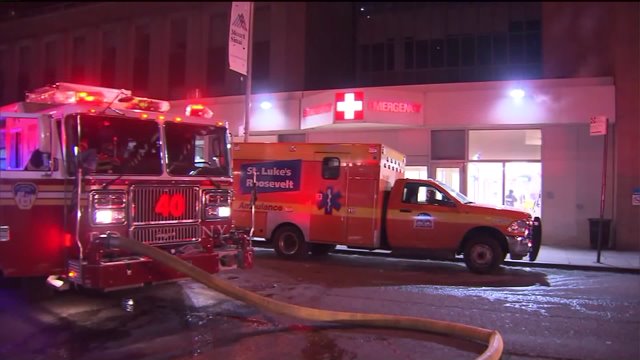 Police said a man jumped from an adjacent apartment building and when he fell, he severed an oxygen line. There is no imminent danger or chance of explosion.

Officials closed off the emergency room and put patients on portable oxygen tanks. In the meantime all other patients were diverted to area hospitals.

Police said the man apparently jumped from a building on 9th Avenue. His fall caused liquid oxygen to be severed and a private company arrived on scene to contain the oxygen leak.

The incident did not affect the hospital operation aside from the emergency room.

No one else was hurt or suffered any medical issues associated with the incident, though it should  take time for the oxygen line to be repaired.

PIX11 has reached out to Mt. Sinai St. Luke's for comment.