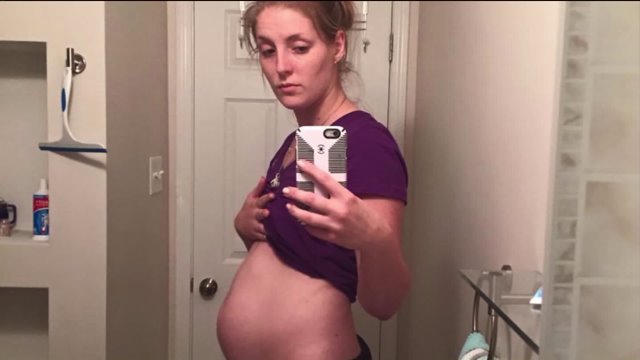 NEW YORK – Lisa Saenz is back working full time as a hospital, social worker in the Bronx—but when she’s off-duty, she’s got another job:  keeping track of  thousands of women who, like her, say their health was damaged and threatened by the implantation of a birth control device called Essure.

The product, now marketed by Bayer Corporation, received FDA approval back in 2002, after a five-year clinical trial.  It was promoted as a non-surgical way to get permanent sterilization.  But more than five thousand women filed formal complaints with the Food and Drug Administration before the fall of 2015, claiming they suffered ailments like stomach pain, severe bloating and rashes, chronic fatigue, and depression, after Essure’s metal coils were implanted in their Fallopian tubes, by way of their vagina and uterus.  Their photos are posted all over Facebook.  660 women said they got pregnant, even though the product was said to be 99.83 percent effective at preventing pregnancy. Some said they had miscarriages.  So, a special hearing was held last September 24th.  Now the FDA is poised to announce the results of its review next month.

We first met Saenz, a mother of three, in the summer of 2014, when she was recovering from a hysterectomy that she blamed on a broken coil from Essure.

Bayer has staunchly defended its product, sending doctors to the FDA hearings last fall who spoke of the 750,000 devices that have been sold, since the kits went on the market.

Jennifer Jenkins, a mother of three from Dallas, Texas, told CNN the device worked well for her and liberated her from having to take daily, birth control pills.

“For the properly counseled patient, for the patient who meets the criteria, Essure is a good option,” Dr. Patricia Carney—a member of Bayer’s Medical Affairs team—testified at the hearing.

Dr. Carney is an obstetrician-gynecologist.

“At the September meeting of the U.S. Food and Drug Administration’s Obstetrics and Gynecology Panel of the Medical Devices Advisory Committee, there was agreement among the Panel members that Essure is an important contraceptive option and the Panel provided input and guidance for the FDA and Bayer to consider.  Bayer continues to work closely with FDA to assist in the safe use of Essure by women who are seeking a highly effective, permanent, non-hormonal birth control option with a non-surgical procedure.”

Many of the 25,000 women featured on an ESSURE website—who call themselves E-sisters—don’t think Essure should be marketed as “non-surgical.”

They are working with Pennsylvania  congressman, Michael Fitzpatrick, lobbying to get Essure removed from the market.

Researchers from the Yale School of Medicine published a report in the New England Journal of Medicine last fall, before the hearings, arguing that a long-term  study needs to be done on Essure by a fully-independent group.  Bayer said independent studies have already been conducted over a ten year period.

Right now, women who’ve used Essure can’t sue Bayer, because the FDA gave the product special “pre-emption” status when it was put on the market, after the clinical study.

The device was created and marketed by Conceptus, Inc. which sold the device to Bayer Healthcare.

In the past, the FDA said its reviews showed no “causal connection between Essure and certain reported problems, such as extreme fatigue, depression, and weight gain.”

Thousands of women around the world are eagerly waiting to hear whether the FDA will change its stance, when its review is finished in February.