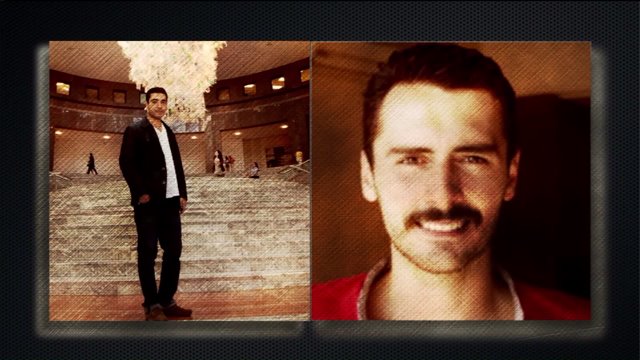 NEW YORK— Last month we reported on a landlord in Elmhurst, Queens who said he was being scammed by two tenants.

Landlord Eddie Shiew rented the top floor of his three bedroom home to Burak Firik and Dogan Kimilli. Without permission , Firik and Kimilli renovated the three bedroom apartment into ten small sleeping quarters. They then allegedly advertised the bedrooms on Airbnb.com for $35 dollars a night and up.

When Shiew, who does not live in the building, found out, he tore down the renovations and changed the locks.  He ordered the tenants to vacate the apartment, but they went to court and a judge ruled the landlord has to go through formal eviction proceedings to get Kimilli and Firik out.

After our report last month, we received tips from at least four other landlords who said Burak Firik had done the same thing to them.

Birrer says without his knowledge or permission, Firik and a group of workmen converted the two bedroom into a 6 bedroom apartment and then began renting it on Airbnb.com. When Birrer realized what had been done to the apartment, he says asked Firik to undo the renovations.

“He said he knew the laws and there was nothing we could do about it,” said Birrer. “He was very extremely arrogant.”

Richard and his wife, Christina, who own the building, hired an attorney and sued Birack Firik in housing court.  The entire process took five months, but the judge finally ruled in favor of the landlords.

The Birrers estimate that Firik collected $5,000-$6,000 a month from Airbnb tenants during the five months before he was evicted.

Richard Birrer says to make matters worse, Firik didn’t even pay the landlords the $1,900 a month in rent for which he had leased the apartment.

In the meantime, Eddie Shiew is still trying to evict Firik and Kimilli from the Elmhurst, Queens apartment. It’s been almost  three months and they continue making money renting the rooms on Airbnb. Their next court date is in two weeks.

Shiew says “I told them this lease is no longer good. You have to move out of here. You have to pay for damages. They wouldn’t pay for the damages.”