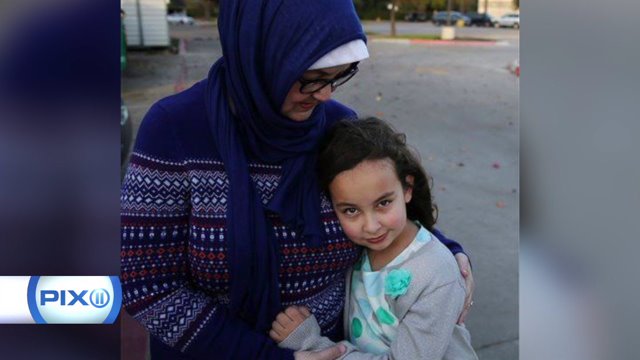 Donald Trump's controversial vow to ban Muslims caused concern for many people, including an 8-year-old girl — but an Army veteran responded to the child's concern in the perfect way that offered comfort, hope and an army of Americans to defend her.

Sofia was watching the news with her grandmother when she heard the controversial GOP presidential candidate announce his proposal to stop Muslims from coming into the U.S, according to Upworthy.com.

Her mom, Melissa Chance Yassini, a Muslim-American, wrote on her Facebook page that her daughter was brought to tears and couldn't sleep after hearing the news because she thought her family would be kicked out of the U.S.

Yassini's post caught the eye of Kerri Peak, an Army veteran from Colorado. She responded to Melissa a few days later on Facebook.

"Please show this picture of me to your daughter. Tell her I am a Mama too and as a soldier I will protect her from the bad guys," Peak said she wrote, according to Upworthy.com.

"Darkness will never prevail. Blessed be to you and your family," she continued.

Peek then started the hashtag and Facebook page "I Will Protect You" and encouraged her fellow vets to take part.

Her hashtag and page took off. Hundreds of messages and pictures from other veterans started pouring in to show their support and willingness to stand up to bigotry.

Yassini said she is thankful for the support and that her daughter now knows there's literally an army of her fellow Americans who have her back.