Where to watch the GOP debate online 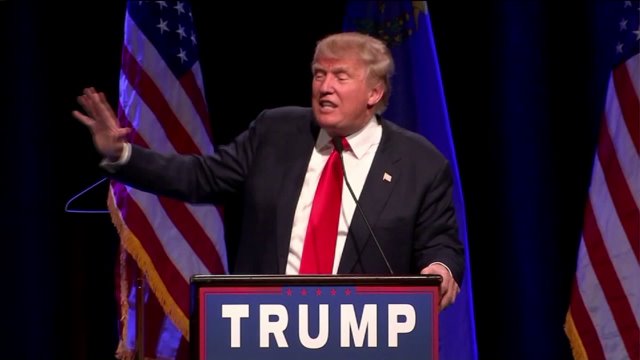 LAS VEGAS — Republican presidential candidates will gather here on Tuesday night to debate for the first time since terror attacks shook Paris and San Bernardino, California, and sent national security to the top of the political agenda.

Donald Trump, the longtime GOP front-runner, will take center stage at the prime-time event sponsored by CNN and set to begin at 8:30 p.m. ET in the Venetian theater. He'll be flanked by Ted Cruz, the Texas senator whose poll numbers are on the upswing; and Ben Carson, the retired neurosurgeon whose political standing has been damaged by a series of gaffes.

The stakes are higher than ever for the White House hopefuls, as they eye the Iowa caucuses now just seven weeks away and adjust to new political dynamics in the aftermath of ISIS-inspired terror attacks. The anxiety in the wake of those attacks was evident on Tuesday when public schools in Los Angeles took the unprecedented step of closing in response to what the superintendent called a "rare" threat.

Trump will find himself playing defense during the debate.

"They're all coming after me," Trump said at a rally here on Monday. "This will not be an evening in paradise for me."

The New York real estate mogul is fielding political backlash for his proposal to temporarily ban all Muslims from entering the United States. GOP party leaders have openly criticized the idea -- condemnation that Trump has responded to by reopening the possibility of launching an independent bid.

Meanwhile, Cruz is now threatening Trump's monthslong front-runner status in Iowa, with polls showing the senator either neck-and-neck with or ahead of Trump in the state. But the candidate has shown little appetite for publicly engaging Trump.

Trump remains the undisputed national GOP presidential front-runner. A Monmouth University poll on Monday placed him at 41%, the first time he's cracked the 40% threshold in a national survey. A poll from The Washington Post and ABC News conducted entirely after Trump proposed the Muslim ban found support for Trump at 38% of Republicans and Republican-leaning independents -- up six percentage points from a Post/ABC poll in mid-November.

Marco Rubio remains in the top tier of candidates and goes into debate night facing big expectations. He's delivered strong performances at previous forums and has worked to build expertise on foreign policy -- a premier topic at the Las Vegas showdown.

Rubio, who spent part of his childhood here, has sparred with Cruz on foreign policy, blasting the senator as too isolationist.

For Chris Christie, the main debate marks a moment of redemption. Christie was relegated to the so-called "undercard" debate in November after failing to qualify for the prime-time event.

And Rand Paul, who has also struggled in recent months, was widely expected to not make the cut for the main debate this week. But he was rescued at the last minute by a new Iowa poll over the weekend.