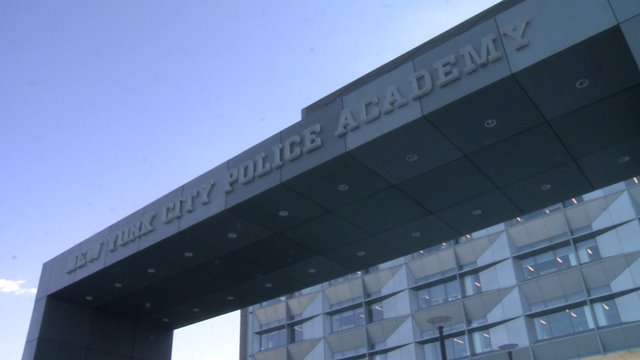 The current facility in Gramercy, which opened in 1964, is a tattered mess.

So on the eve of his third term in office, Mayor Mike Bloomberg and Police Commissioner Ray Kelly broke ground on a new academy in College Point, Queens.

"We’ve already outgrown it. We’ve outgrown it because of our commitment to training," Bratton said.

"We have five strategies in the NYPD, that are going to guide going forward – dealing with terrorism, tackling crime, rebuilding trust in our communities, acquiring hundreds of millions of dollars in the latest technology – but is all built on the foundation that this building represents – training."

The 750,000 square foot building has mock scenarios of what goes on — on real city streets.

There are simulated precincts, courtrooms, city streets, and businesses.

There are a few things this facility is missing.

Officers will still have to travel to the gun at Rodman's Neck and driver training will remain at Floyd Bennett Field in Brooklyn.