Threat against NYC schools being investigated as a hoax: NYPD 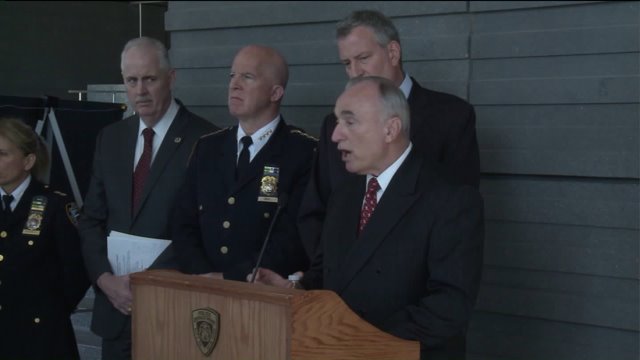 Commissioner William Bratton said a "specific but non-credible" threat was made against city schools and came in the form of an email. He said the email was "generic" and similar to messages received at school districts across the country, including in Los Angeles where the public schools were closed Tuesday.

Bratton speculated the person who sent the email -- which came from overseas -- may be a fan of the show "Homeland," adding that the threat mirrored recent episodes of the series.

Mayor Bill de Blasio called the threat "so generic, so outlandish" and said it was "posed to numerous school districts simultaneously."

Rep. Brad Sherman (D-California) said he read the email received by LA officials and told CNN the sender mentioned having 32 accomplices and a nerve agent, and included a "pornographic reference to a body part." Sherman said the email specifically mentioned LAUSD.

Authorities in New York were concerned with people overreacting to the threat, which they've deemed unfounded.

"These threats are made to promote fear," he said. "We cannot allow up to raise the levels of fear."

New York City's public school district is the largest in the country with 1.1 million students in more than 1,800 schools, according the city Department of Education's website. The second-largest school district in the nation is Los Angeles Unified, where some 640,00 students attend more than 1,000 public and public charter schools.