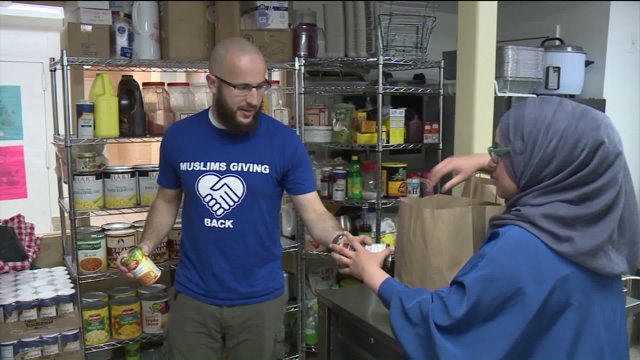 NEW YORK — The faces of Muslim New Yorkers may not be what you expect.

Some are doctors, nurses, police officers, students and charitable people.  They are in nearly every thread of life.

They come from all over the world.  Some have converted to the faith.  Others were born into it.  Regardless of background, there is a force bringing many Muslims New Yorkers and Muslim Americans together and it is largely the language coming from the GOP frontrunner.

The strong and at times insightful rhetoric is being blamed for creating a rise in hate crimes against Muslims and it is why so many Muslims are breaking their silence.

"Keep your head up. Don't put yourself down for nobody.  It's so easy to be happy. Just carry yourself well and be proud and especially be proud of who you are.  We're not nobody to judge," says Bedore Elhanafi to fellow Muslim women who wear a hijab like her.

"Let's just really change that narrative about what Muslims are and just come out and show people what we're about," said Mohamed Bahi, Elhanafi's husband.

The two are a young couple getting ready to welcome their first child. They are among many Muslims who simply want to live their lives as normally as possible, but say now there’s a moment and need to educate others about their faith.

Bahi is a founding member of Muslims Giving Back.  A non-for-profit that helps the needy in their community every week, feeding the hungry and homeless.

What started as a small effort grew to helping hundreds.

Aziza Sultan is the product of a refugee family.  Her family fled Afghanistan in the early 1980s.

"They were forced to leave after the Soviet invasion," she explained.

The backlash against Syrian refugees, for her, strikes a chord.

"It certainly hits home.  I'm a member of the community and I'm proud to be," said Sultan.

Born in the U.S.,  Sultan said she knows she would never have the opportunities she’s had if her family was ever turned away as refugees years ago.

It is why she and her sister are now preparing to give back in a major way and getting ready to travel to Greece to help Syrian refugees during her winter break from NYU graduate school.

To help them reach their fundraising goal, visit their Crowdrise page. You can also visit their Facebook page, Muslims Giving Back.