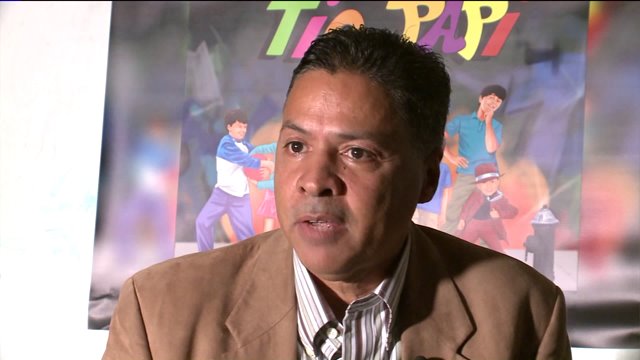 It's about a New York guy Ray Ray Dominiquez who is single and loving life, but he becomes the legal guardian of his six nieces and nephews after his sister is killed in a car accident.

The lead character is loosely based on Ray Negron, who is a special consultant to the New York Yankees. The award-winning author who rose from being caught spray painting Yankees Stadium to a special assistant to the late George Steinbrenner.

Ray's story caught the attention of musician and actor Steve Van Zandt of the Soprano's and E Street band fame. He and his wife Maureen are co-producing, directing and even acting in the TV pilot of the movie.

Maureen said this project was too good to pass up.

"It's a great story of how Ray rose in the ranks of the Yankees organization," Maureen said.

Steven Van Zandt said George Steinbrenner will have a part in a series.

"I want the Boss to have a voice," Zandt said. "He will speak to Ray Ray and give him advice in several episodes."

The couple made the announcement of the project at a Christmas party they hosted at the Kips Bay Boys and Girls club in the Bronx Monday afternoon.

Maureen who like Steven grew up in New Jersey, a big Yankees fan, but Van Zandt not so much. He was more of a rock and roll fan.

New York actor Joe Dedio who plays Ray Ray in the movie will have the same role in the pilot. The story line is based upon the ups and downs of family life.

Negron wants the pilot to reflect a positive image of a Latino family, but describes the show as being a mix of the Brady Bunch meets Menudo, meets the Sopranos.