Firefighters investigating blaze at Al Tawba mosque in the Bronx 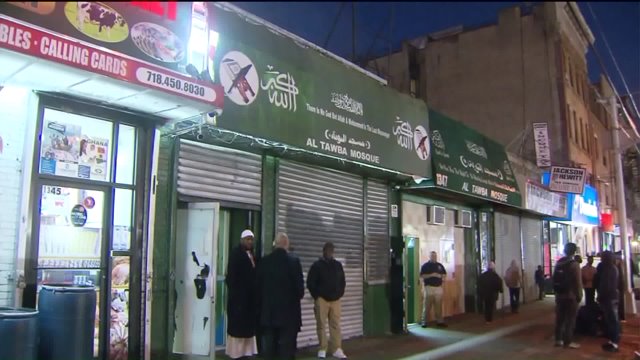 CLAREMONT VILLAGE, The Bronx – Firefighters are on the scene of a fire at a Bronx mosque, according to FDNY officials.

The blaze began in a rear storage room on the men's side of the Al Tawba mosque at 1347 Webster Avenue around 3:30 p.m.  Firefighters were able to bring it under control roughly a half hour later.

Several members were inside at the time, but no one was injured.

It's not yet clear how the fire started. Members inside of the mosque do not feel that the fire is suspicious.

Members are currently praying on the women's side of the mosque.

Firefighters are analyzing the scene to check for structure damage.

This is a developing story; refresh for update.