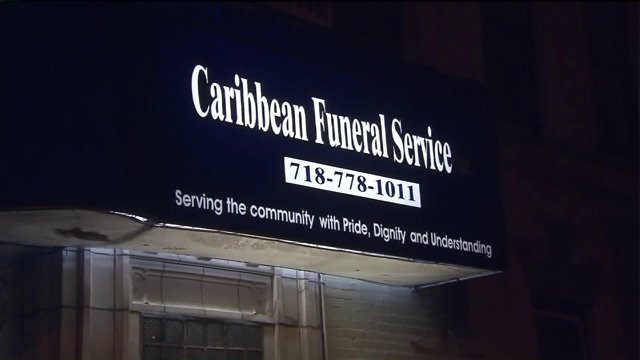 BROWNSVILLE, Brooklyn — At first, a Brooklyn grandmother's death was blamed on natural causes but while her body was being prepared for burial, funeral home workers discovered a stab wound in the back of her neck, prompting the search for a killer, authorities said.

Officers responded the morning of Nov. 9 to a wellness check call for Myrtle McKinney, 82, NYPD said. When they arrived, officers found McKinney laying on the kitchen floor of her Powell Street apartment, unconscious and unresponsive. EMS responded to scene and pronounced her dead.

Detectives, EMTs and the medical examiner initially believed she died of natural causes. But on Sunday an embalmer at Caribbean Funeral Service noticed a stab wound on her neck.

McKinney's family said it didn't seem right from the start, the Daily News reports. Their grandmother was found underneath her kitchen table and stressed that she couldn't have fallen that way. They also noticed a lump sum of money had been taken out of her bank account and urged investigators to take another look.

Nearly after a month after the first autopsy in November, the medical examiner took a second look on Monday and declared her death a homicide.

No arrests have been made, police said.