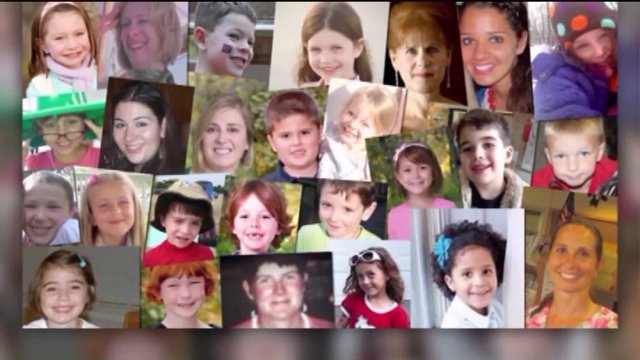 Three years after a gunman killed 26 people -- mostly first-graders -- at an elementary school in Connecticut, President Barack Obama wondered in a Facebook post Monday how to explain congressional inaction on gun control to the victims' parents.

"Three years on, how do we tell them that their Congress hasn't done anything to prevent what happened to them from happening to other families?" Obama wrote, marking the somber anniversary of the Sandy Hook massacre in Newtown.

Noting failed attempts to bolster background checks laws that emerged in the aftermath of the shooting, Obama said ultimately "the gun lobby and its allies mobilized to paint that compromise reform as an assault on our freedom."

Since then, he said, guns were used to kill tens of thousands more Americas.

"Every time this happens, we're told that commonsense reforms like background checks might not have stopped the last massacre, or the one before that, so we shouldn't do anything. We're not fools -- we know that we can't heal every troubled mind, or stop every act of violence," he wrote.

"But what if we tried to stop even one?" he continued. "What if Congress did something -- anything -- to save one American, or a classroom of Americans, or a stadium's worth of Americans from losing their lives to gun violence in the years to come?"

Obama is looking for additional ways to tighten restrictions on guns, asking his staff to examine current laws for openings where he could take executive action. The process began after a deadly shooting at an Oregon community college in October.

Since then, Obama's aides have struck upon the so-called "gun show loophole" as an area for action, though legal and administration hurdles remain. Such an action would have the effect of expanding mandatory background checks before gun sales.

Many had hoped Obama would use the third anniversary of the shootings to announce new action, but the legal labyrinth has proved difficult to navigate. White House senior adviser Valerie Jarrett said last week Obama's team was tasked with providing a proposal in "short order."