One dead, 2 hurt after SUV jumps curb in Fort Greene 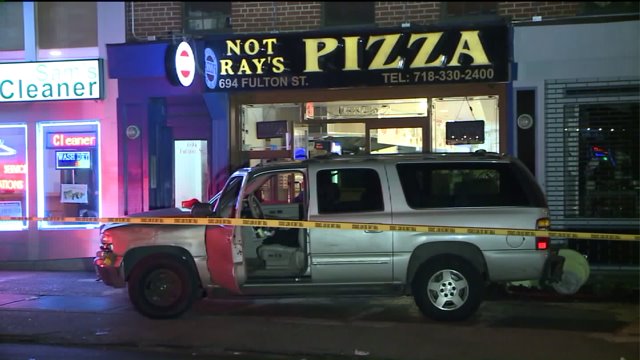 FORT GREENE, Brooklyn — A woman was dead and two pedestrians were hurt after a driver trying to avoid hitting a bus drove his sports utility vehicle onto a Brooklyn sidewalk.

The incident happened in the vicinity of South Portland Avenue and Fulton Street around 5:30 p.m.

Police say 30-year-old Victoria Nicodemus of Brooklyn was pronounced dead at a hospital. A 37-year-old and a 75-year-old are in stable condition.

Cops charged Marion Sewell of Brooklyn, 39, with unlicensed operating of a vehicle and driving without insurance.

Witnesses say Sewell's Chevy Suburban jumped the curb when he swerved because a bus had slowed down.