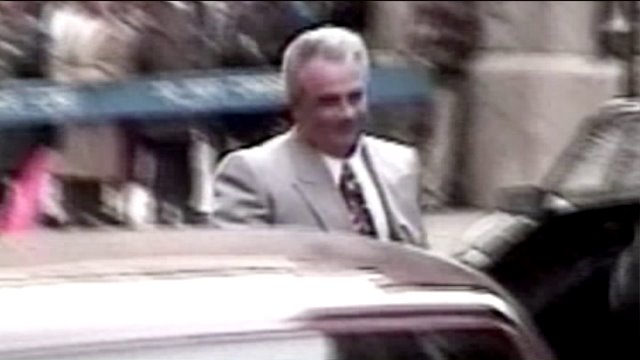 OZONE PARK— John Gotti’s old Bergin Hunt and Fish Club on 101st Avenue in Ozone Park, Queens was turned into “Uncle Louie G’s” store for homemade Italian ices and ice cream.  But even that didn’t work out, and when PIX 11 visited, we noticed gates over the windows and a “For Rent” sign posted.

Just another piece of evidence that things just aren’t what they used to be for New York’s five mob families.

When 80 year old Vincent Asaro, a reputed capo in the Bonanno Crime Family, was acquitted on all charges last week in the 1978 Lufthansa heist, it got us to thinking about the state of La Cosa Nostra, which means “Our Thing” in Italian.

Asaro’s trial got more attention than most mob prosecutions in years, probably because the Lufthansa case was a major part of the plot in the film classic, “Goodfellas,” directed by Martin Scorsese.

“They don’t want the notoriety they once had,” observed Inspector John Desenopolis, Commanding Officer of the NYPD’s Organized Crime Investigation Division, known as OCID.

“These are secret societies that have learned,” Desenopolis added.  “We were able to put people away for long periods of time,” the Inspector said.  “They realized, and learned, how to adapt.”

That meant one business method had to radically change.

“For the most part, the mobsters have stopped killing people,” veteran journalist and author, Jerry Capeci, told PIX 11 Investigates.  “The mob has a rule: no more bodies in the streets.”

In the late 80’s and early 90’s, several mafia families were at war with each other, and the bodies kept turning up: behind steering wheels, in marshes, or sprawled across the front seat of cars.

The mob hit that started so much of the trouble was the unsanctioned execution of Gambino godfather, Paul Castellano, outside Sparks Steakhouse, right before Christmas 1985.

Mob turncoat, Salvatore “Sammy Bull” Gravano, later testified at the trial of John Gotti that he and Gotti watched the brazen hit take place from a car near Third Avenue and 46th Street in Manhattan.

Pretty soon, FBI agents noticed Gotti receiving visits from most of the major mobsters in the Gambino family. He was seen strolling down Mulberry Street, where the Gambinos’ Ravenite Social Club was located.

It wasn’t long before Gotti was wearing $2,000 suits and making the cover of Time Magazine.

Gotti was brought down by Sammy Bull, who was his underboss, and the hours of audio recordings made in his club.

Because of the stiff sentences available to prosecutors under the federal, RICO law—a number of indicted mobsters broke the Mafia code of silence and became government witnesses.
The highest-ranking “made man” to do so was Joe Massino, former boss of the Bonanno Crime Family.

When the Inspector talks about pill diversion, he’s addressing a social ill PIX 11 Investigates has reported on extensively:  the abuse of prescription painkillers and the black market sale of the pills.

The opioids are highly addictive and often a gateway to heroin addiction.

When we asked the Inspector to specify the pills organized criminals were selling, he replied, “Oxycontin and (other) prescription medication.”

The frequency of mob prosecutions has certainly slowed down.

After the 9/11 terror attacks, the FBI was forced to change its investigative priorities.

“There’s no question the FBI has downgraded the importance of going after the wiseguys in New York,” Capeci said.  “They used to have five squads to go after the five crime families.  They now have two.”

Capeci added all of the RICO prosecutions took their toll on the families.

“In the last fifteen to twenty years, a lot of top mobsters have flipped and cooperated,” Capeci noted.  “All of these factors have combined to make the mob much less influential than it ever was before.”

But there’s evidence of re-building, and signs the gangsters got involved in other kinds of ventures.

When we asked the Inspector about whether the mob still has involvement in the Fulton Fish Market, which was moved to the Bronx from downtown Manhattan, he told PIX the city’s Business Integrity Commission does its best to keep wiseguys out.

“They’ll be denied the application, based on association with criminal activity,” Inspector Desenopolis said.  “They still try to get in.”

The NYPD’s Organized Crime Investigation Division deals with gangsters from many different ethnic backgrounds and organizations.  Some of those groups get more involved in things like medical insurance fraud and staged accidents.

Detectives can find a scam pretty much anywhere in this city.

But the public remains fascinated with La Cosa Nostra.  Gotti’s namesake son, John “Junior” Gotti, said he left the mob and wrote a book called “Shadow of my Father.”

Hollywood star, John Travolta, is supposed to start filming a movie based on the father and son relationship, starting in January 2016.

Gotti’s daughter, Victoria, once had a reality TV show with her three sons.

But most of those associated with the Gambino organization prefer to stay out of the limelight.

Several law enforcement sources say the crime family was being run by Sicilian-born Domenico Cefalu, but the younger Francesco Cali—who also has Sicilian roots—was offered a spot on the Mob Commission.  One source told us Cali turned it down.

Some local journalists reported this year that Cali had ascended to the top spot with the Gambino family.

Two people who were prominent players with the Gambino crime family are not doing so well these days.
Carmine Agnello, Gotti’s former son-in-law, was busted in Cleveland, Ohio and accused of running a three million dollar, stolen car “chop shop” scheme.

It was the same kind of business that sent him to jail in New York.

As for Sammy Bull?  He barely did any jail time, after confessing to 19 murders, but he’s been back in prison in Arizona—doing 20 years for running an Ecstasy ring there.