Botched: When plastic surgery goes horribly wrong — and how you can prevent it 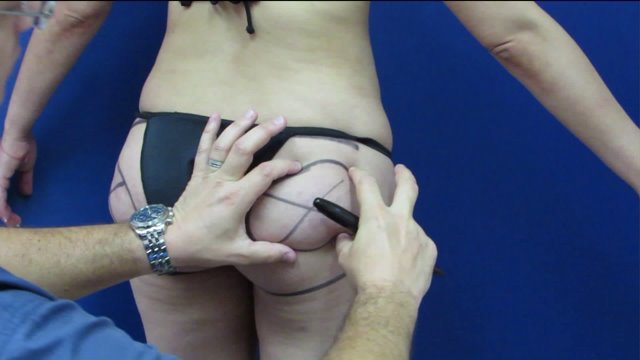 The estimated $10 billion annual plastic surgery business in the U.S. is getting a black eye over physicians performing bad surgeries, and now some are calling out these less than scrupulous surgeons and the government regulations that let them stay in business, with patients paying the price.

From death to disfigurement, plastic surgery and those acting as plastic surgeons can cause serious damage, leading many to wonder in our pursuit of perfection, are we really gambling with our lives?

When Elizabeth Hernandez tried to re-sculpt herself after having children, she ended up botched.

“Totally deformed” is the way she describes herself after a $10,000 Brazilian butt lift.

Definintely “ … not the way it’s supposed to look,” the petite mom of two said about her enhanced appearance.

She ended up with lumpy love handles instead of the smooth curves she wanted. And so years later, she went back under the knife for a fix. Hernandez is part of a growing group of botched booty jobs and more.

Like on the TV show "Botched," these patients have paid big bucks only to get bad results. One woman illustrated a breast implant, placed in her buttocks, which she was able to manipulate with her hands, showing how it “flipped” and was now backwards.

Here in New York, Dr. Matthew Schulman estimates his business is now 25 percent revision work for patients like Elizabeth. He blames it on New York State rules governing physicians, which allows for any doctor to do any procedure.

What kinds of procedures?

And even worse are the illegal procedures done by the unlicensed, looking to make money off patients willing to line up for bargain procedures.

“It’s very common for women to come in and have illegal silicone, or other things not approved in the U.S. but allowed in other countries. They’ve got infections, hardness, lumps, chronic inflammation, chronic skin breakouts,” Schulman said.

Sometimes Schulman is able to revise them. Sometimes, if he removed the substances, it would make the problem even worse.

There are cases of women have had butt implants explode. Even worse are those who have died getting illegal butt injections from unlicensed practitioners, like 24-year-old Kelly Mayhew from Maryland. She died on the table in a Rockaway basement getting the fillers from a woman posing as a nurse.

Elizabeth found the surgeon who botched her booty through advertisements he ran on the radio.

“I heard about him on the radio. I thought, ‘He must be good,’” she recalled.

Schulman was able to successfully revise Elizabeth, but the mom of two had to pay twice to finally get the Brazilian butt lift she wanted.

He explained his surgery: “I had to undo everything the other doctor did and then rebuild everything to give you this nice shape.”

He points to the now smooth curves on her side: “You had all the fat up top (on your hips), and now we moved it down here.”

Until New York makes stricter laws about which surgeries doctors can do, Schulman stresses researching extensively, and ensuring a board certified plastic surgeon is on the other side of your scalpel.