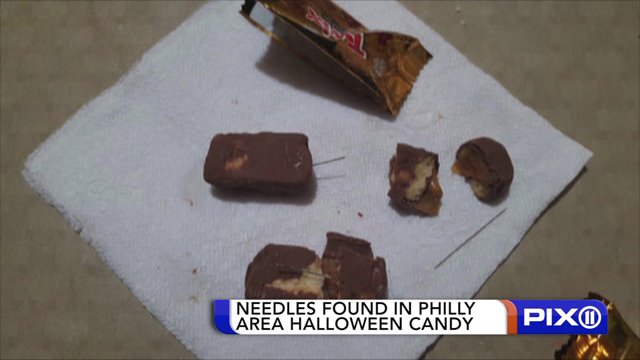 According to their Facebook post, police received reports of the needle-type item being found inside five wrapped Twix bars given to four different children on Halloween in the Stenning Hills area of the borough.

The man reporting the incident said he saw a Facebook post from an unknown source describing their Snickers candy had needles in it, WPVI reports.

He then checked his children's candy and reportedly discovered the needles in the candy.

The Kennett Square Police Department urges parents to be vigilant and to check all candy before their kids eat it.