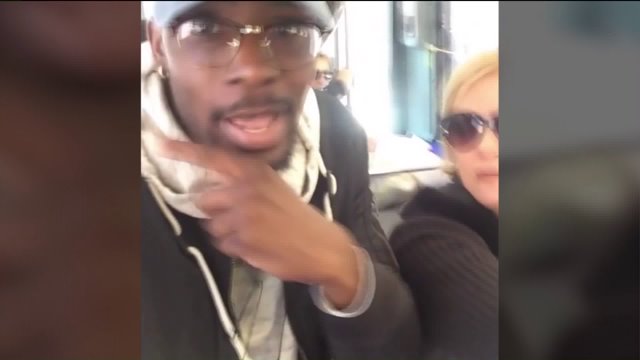 A surprising video out of Brooklyn has gone viral after Moise Morancy’s encounter with a hate-filled woman on a city bus.

Morancy was in Brooklyn last Thursday on his way to class. He overheard one woman berate another, and decided to step in. He then became the target of some very nasty words. Morancy took out his cell phone, recorded the scene and posted it on Facebook. The footage has been viewed 500,000 times.

“It’s actually quite important because us millennials, we have the technology to expose these people for who they are,” Morancy told PIX 11.

On the video the un-identified woman called Morancy "inferior because you're black" and "ugly." Despite the insults, Morancy says he was not offended.

“When you know yourself there’s no insult that can really denounce you or make you feel less than, so I was having fun with it,” he said.