With complaints about rats on the rise, NYC redoubles efforts to clean up subways 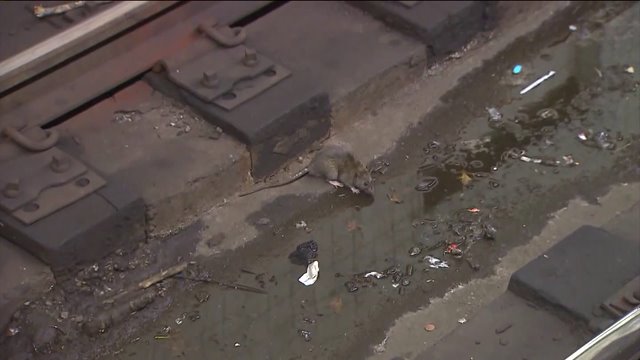 NEW YORK— Faced with a problem as old as New York itself, officials are turning to new ways to control the legions of rodents residing in the city.

Mayor Bill de Blasio's administration has promised nearly $3 million and a new plan in which inspectors target specific communities with the highest number of rat complaints. They believe if they can cut off their food sources and break down their shelters, the rats will die off.

The city's complaint hotline is on pace for a record year of rat calls, exceeding the more than 24,000 over each of the last two years.

New York officials say rising complaint numbers don't mean there are more rats in the city and they argue the rat population has actually been holding steady the past few years.