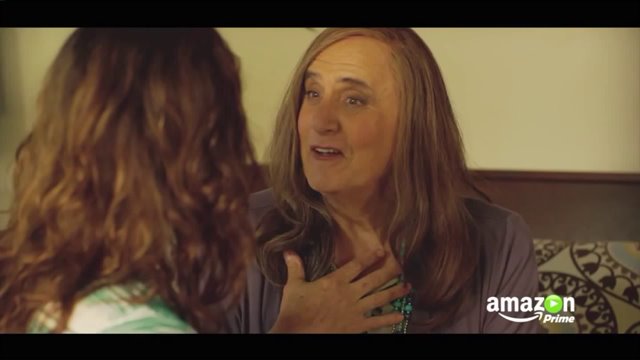 NEW YORK — Is it possible for one TV show to affect the national conversation about transgender issues?

If the show is "Transparent", the answer is yes.

It's the hit Emmy award-winning show on Amazon that transgendered people across the country say has helped them and their families.

Among them, Caitlyn Jenner who told the show's creator that the ten episodes in season one helped her and her family as she transitioned from being Bruce.

"Caitlyn has been very sweet," creator Jill Soloway told PIX11. "She told me coming out in a world that had this show showed her people don't die."

Creator Jill Soloway says she based the TV show loosely on her own family's drama when her father opened up about always identifying as a woman.

Soloway says she had no idea that the dark comedy about a transgendered patriarch would be THE hot show of 2015.

"When I hear people say a family member is coming out, I say congratulations," Soloway said, "because it means the end of hiding. It's about letting go."

At a red carpet at the Paley Center for Media, the stars, including Jeffrey Tambor who plays the transgendered parent now known as Maura who used to be Mort Pfefferman say they have learned a lot by being in this series.

"Everywhere you look there is genius here and we are making a difference," said Judith Light, who plays the wife and mother.

And the cast members are hoping this series can lead to more social change, particularly in the 32 states in this country which don't have any laws on the books protecting transgendered people from discrimination.