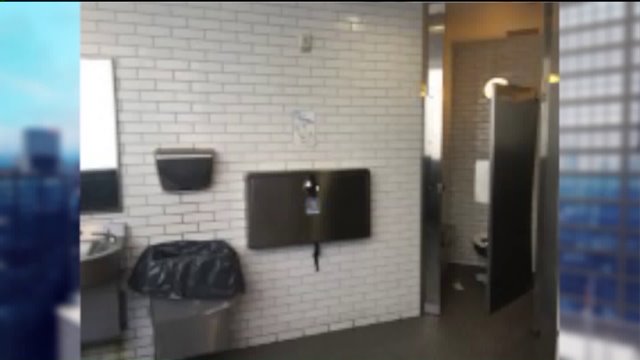 MANHATTAN — The NYPD is looking for a man who tried to sexually assault a woman in a bathroom in Union Square Park.

The woman, 63, was in the bathroom Sunday afternoon when the man entered and demanded she perform a sex act on him. In the struggle, the woman bit the man on the hand.

"She bit him quite hard in the hand to the extent that he was bleeding," Commissioner Bill Bratton said. He said the NYPD is keeping an eye out at hospitals for someone seeking treatment with a wound like that.

The restroom is adjacent to the playground in the park. The attack happened just after 1 p.m.

"I come here all the time. There's always kids here, families, people walking their dogs. I would never think that anything like that would happen here," Kitt Slatko said as she sat next to the playground.

Commissioner Bratton said the NYPD is reviewing the surveillance video surrounding the location for any possible leads on the suspect.

Investigators took blood samples from the scene, which Bratton said could help make a positive identification when someone is arrested.

Police say the man was wearing a camouflage jacket and was likely in his 30's.