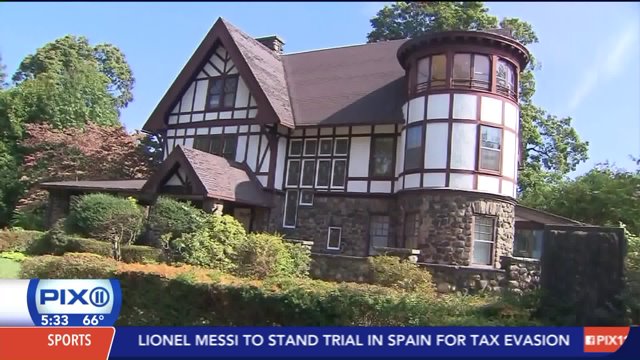 A Westchester Islamic group wants to turn a huge mansion into a mosque.

A house in the middle of a Yonkers neighborhood, where some residents are concern it could bring a lot of traffic.  But the planned religious facility might not even

"This is so wonderful finally," says Dorian Jashari, Islamic center member.  He's a Yonkers resident says he's been waiting way too long to have a mosque close to his home for he and his family.

"Yonkers has grown and its time and room for all religions to worship," says Jashari.  Now he's got to wait a little longer.

The islamic community of mid Westchester paid 750-grand for a home in Colonial Heights Yonkers.  The group wants to turn it into a mosque.

For that to happen, they must win a battle thats challenging them that says this is an historical landmark.  And no structural changes could happen.  If they make it through that, the group still must win city council approval, a process that could take several months.

"More time before and if this happens is good thing," says Paulette Perino, Colonial Heights neighbor.

Neighbors oppose the mosque idea, but say its not about religion.  Their concern too many vehicles on their street that already has a couple of churches in place.  "Our street is always backed with car, and if this is approved this will be a highway," says Dr. Bill Graier, Colonial Heights neighbor.

But some in Colonial Heights, especially neighboring churches  say a little traffic  is not a problem

"The more the merrier.  Their members are always welcome at my church.  Anytime," says Rev. Kristen kopren with St.. John's  Episcopal church.

So now its big wait for the islamic community, who can do anything the house until a thumbs up from the city.