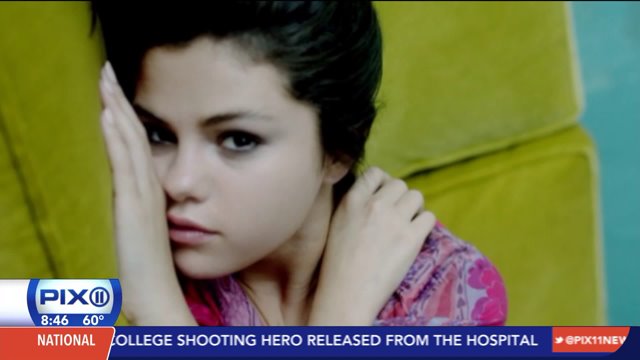 Selena Gomez is opening up about a personal health battle she faced in a new interview with Billboard Magazine. "I was diagnosed with lupus, and I’ve been through chemotherapy," she reveals. The singer has never spoken about struggling with the auto-immune disease before, so the revelation came as a surprise.

However, Gomez puts those struggles in the past tense, blaming her abrupt 2013 hiatus on the diagnosis. If anything, she seems primarily frustrated that while she was seeking treatment in the Meadows, a rehab facility in Arizona, in early 2014, that paparazzi and tabloids were speculating that drugs, alcohol, or a broken heart after a breakup from Justin Bieber were to blame instead.

And why didn't she clarify? "I wanted so badly to say, ‘You guys have no idea. I’m in chemotherapy [...] But I was angry I even felt the need to say that." Not wanting to draw additional attention to herself, Selena explains she didn't want to return until "I was confident and comfortable again."

Now, she explains with a combination of medication and lifestyle changes, her lupus is in remission, so it's all about her new album, "Revival."

And the revelation of her diagnosis is not the only thing that Selena speaks up about in the interview. Gomez also goes off on the people who have "trampled" on her in the business and on those who forget that she's been a professional performer since being cast on "Barney" while she was still in elementary school.

The word "feminism" isn't dropped, but it could be -- while she's perceived as a "good girl," Selena still acknowledges the double standards that she has to live up to in order to keep that image, while male stars don't have to worry about the same things.

Taylor Swift and her two non-famous roommates all get warmly referenced as great friends, while Amy Schumer and Lena Dunham are dropped as inspirations. But despite his VMA tears, there's just a quick mention of Justin Bieber.

When asked if she was speaking with him, Selena responded "we’re on good terms, but no." But she is "proud" of her ex, saying "This is what I always saw in him, why I always believed in him." Selena Gomez is still a Belieber.