Mom of 1982 “E.T.” murder victim calls out the husband, in new developments 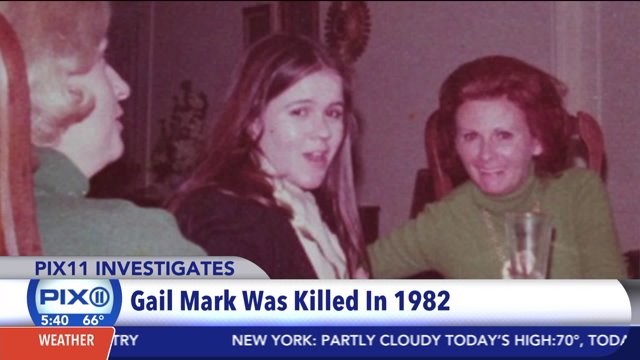 MANHATTAN – Rita Fitzgerald hasn’t seen her only grandchild in years, but she recalled the trauma the little girl suffered, after being locked in a bathroom, while her mom, Gail, was bludgeoned to death in a bedroom in 1982  on the east side of Manhattan.

“She was 3 ½ at that time,” Fitzgerald recalled of Dawn Mark, “and had been a chatterbox since age 2.  But she couldn’t speak for a couple of weeks.”

Dawn Mark eventually told police that “E.T.” had murdered her 28 year old mother,  because the killer in the house on East 28th Street was wearing a mask, featuring the face of the star character from that 1982, blockbuster film.

Now, more than three decades later, there’s been a blockbuster allegation in the cold case, reported first by DNAInfo.com.

The girl’s two aunts—sisters of her father, Franklin Mark--claim it was “common knowledge” in the Mark family that Franklin hired a hitman in 1982  to kill the child’s mother, Gail Mark.

The allegation is being made 33 years later, in court papers filed in Surrogate Court in Manhattan.

Ann Boyarsky and her sister, Sharon Levine, are suing their brother over their mother’s will.

Marcia Mark, their mother, died in 2014—and the sisters’ filing claimed she long protected Franklin from prosecution—and that Franklin Mark, along with Dawn, manipulated Marcia Mark out of ten million dollars.

A lawyer representing Franklin Mark and his daughter did not respond to DNAInfo.com’s request for a comment.

The most spectacular allegation in the court filing states, “It was common knowledge in the family that my brother Franklin Mark was responsible for the death of Gail Mark in 1982.  It was believed that he hired a hit man to kill his wife.”

A family employee on East 87th Street told PIX11 that Franklin Mark wasn’t at home, when we visited Thursday.

Gail Mark’s mother had long ago confronted Franklin Mark about her daughter’s murder.

Gail Mark received a Jewish funeral, because Gail had converted to Judaism, when she married Franklin.

The couple was married five years, and Ritz Fitzgerald said they were bitterly fighting over custody of their daughter, before an imminent divorce.

“I said, ‘Franklin, why did you do it,’” Fitzgerald recounted, claiming she confronted  Franklin Mark at the 1982 funeral.  “He had the funeral director escort me from the premises.”

Rita Fitzgerald claimed Franklin Mark had a pregnant girlfriend, but that could not be confirmed.  He eventually had three, more children, after Gail’s death.

Franklin Mark’s family owned a business in the garment district and Bill Gannon, who runs Gannon Funeral Home on East 28th Street, told PIX 11 Mark still owns the building next door, where his late wife was discovered dead on the bedroom floor.

Gannon wasn’t surprised by the family’s bitter allegations in a feud about millions.

“I would venture to guess they would try to make him look the worst they could make him look,” Gannon observed.