Driver in custody after hitting 60-year-old man in Manhattan: NYPD 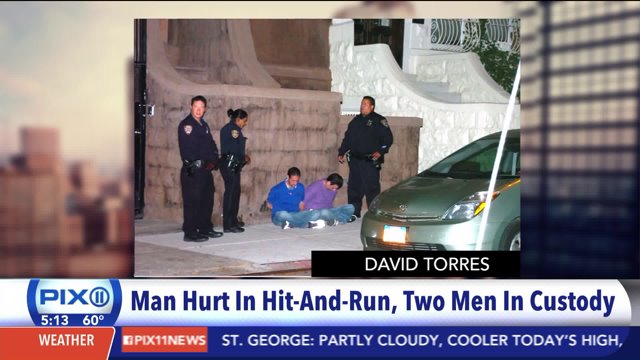 UPPER EAST SIDE, Manhattan – Police caught the driver who allegedly ran over a pedestrian and then tried to flee in Manhattan early Thursday, police said.

A 60-year-old man was taking out packages out of the back of his car in the vicinity East 80th Street and Madison Avenue about 1 a.m. when he was nearly cut in half by a car, according to the NYPD.

The victim is in stable condition with a critical wound to his leg at Bellevue Hospital Center, police said.

Cops said the driver then took off with his passenger, but both were apprehended with the help of eyewitnesses on 71st Street and West End Avenue nearly 30 minutes after the hit-and-run.

Both are in custody with charges pending.