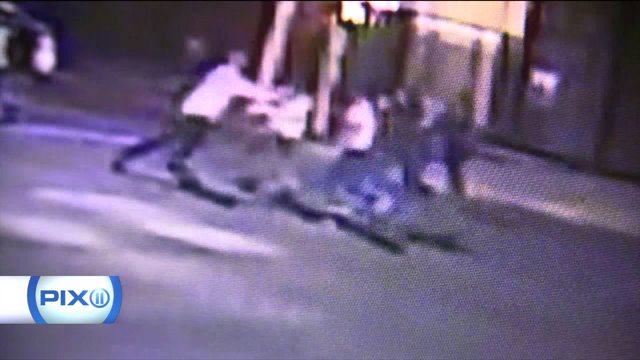 SACRAMENTO – French train attack hero Spencer Stone was during an assault early Thursday in Sacramento, the Air Force has confirmed.

During the fight, Stone was stabbed multiple times, according to the Air Force Times.

"A1C Spencer Stone has been transported to a local hospital, and is currently being treated for injury," Air Force spokesman Lt. Col. Christopher Karns said in an email in Air Force Times. "The incident is currently under investigation by local law enforcement. He is currently in stable condition."

Stone was hanging out with friends at a Midtown bar when the altercation happened around 1:30 a.m. near K and 21st Streets.  Stone was stabbed multiple times in the chest, police sources told PIX11 sister station KTXL.  A passerby called 911 to report the fight.

Everybody send prayers out to the stone family today

Stone was rushed to UC Davis Medical Center with non-life-threatening injuries, according to police.

In August, Stone was on vacation with friends when Morocco-born Ayooub El-Khazaani, armed with an automatic rifle and a box cutter, opened fire on a Paris train.

Detectives wish to speak to anyone involved in the incident or anyone who may have witnessed the assault. The two subjects appear to be wearing white shirts, and fled in what is believed to be a 2009-2012 Toyota Camry, dark in color.

Stone and fellow heroes Alek Skarlatos and Anthony Sadler helped wrestle the man to the ground.  Stone suffered serious injures when he was slashed with a box cutter, and almost lost his thumb.

The three men, along with one other, received the Legion of Honor for their role in preventing mass casualties.

Stone, Skarlatos and Sandler all grew up together in Sacramento.  Skarlatos, an Oregon National Guardsman who lives in Roseburg, Oregon, attended Umpqua Community College where a gunman opened fire last Thursday, killing nine.  Skarlatos was not in the area when the shooting happened however, he has been practicing for his appearance on "Dancing With the Stars."

On Thursday morning, Skarlatos tweeted, "Everybody send prayers out to the Stone family today."

As of noon, Thursday, no arrests have been made.