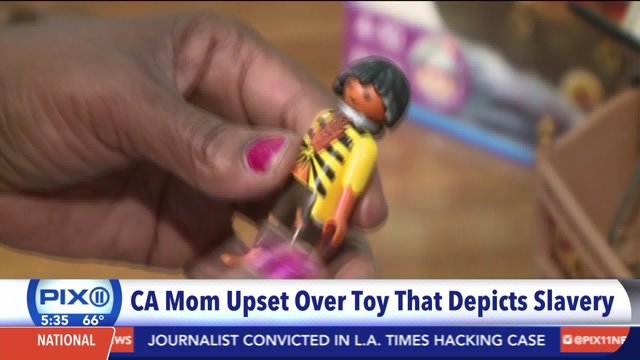 SACRAMENTO, Calif.— A California mom is outraged after she claims her son's toy depicts elements of slavery.

The ship came equipped  came with a dungeon compartment, and included a dark-skinned character wearing no shoes and tattered clothing.

The figurine also came with instructions to put a sort of neck collar on the character.

"You cannot have this specific accessory and call it anything else, you can google and look it up, its a slave collar," Lockett said.

The NAACP is now getting involved, and is demanding that the toy be taken off store shelves.

Lockett says she's returning the toy back to toys-r-us.