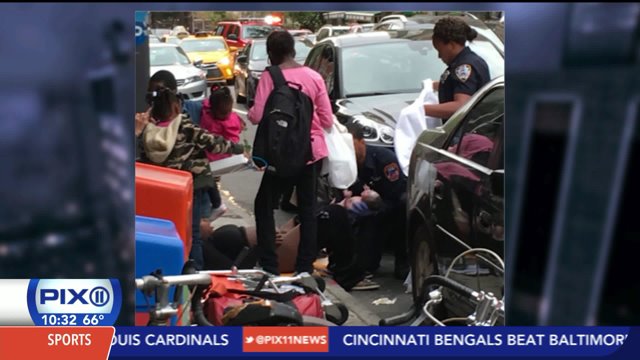 BROOKLYN HEIGHTS – This woman's baby didn't want to waste a single second to enter the world.

Social media captured a woman going into labor on a Brooklyn sidewalk on Saturday, about 6 p.m. on  Clark and Henry Streets.

Just another day in Brooklyn Heights: woman had a baby on the sidewalk in front of Clark 2,3 stop! #Brooklyn pic.twitter.com/SACdr36hHF

According to him, with the help of NYPD and paramedics at the scene, the woman successfully delivered her newborn despite less than ideal conditions.

PIX 11's Kaitlin Monte captured the miracle of life on her Periscope. The crowd broke into applause as the new mother and her baby were taken on a stretcher to a local hospital for proper medical care.