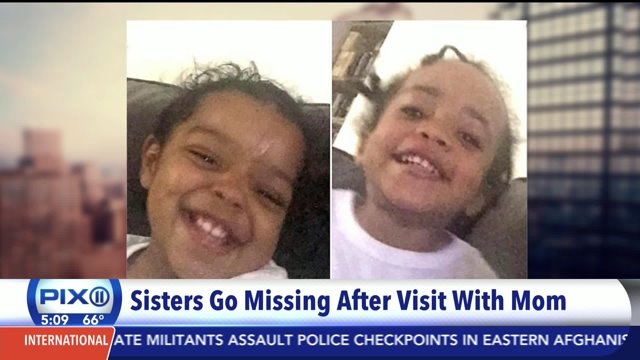 Police are looking for 2-year-old Tiye Macon (left) and 3-year-old Destiny McCoy (right), who were last seen with their non-custodial mother in Brooklyn. (Photo: DCPI)

According to the NYPD, Tiye Macon, 2,  and Destiny McCoy, 3, were found in good health Monday evening.

The sisters were reported missing after their foster parents dropped them off with their biological mother Saturday morning.

Police said the encounter was part of a court ordered visitation for the mother, who has a history of mental illness but was allowed unsupervised visits.

It's unknown if any charges have been filed or if anyone is in custody in regards to their disappearance.