A very special organ makes the move to Barclays Center 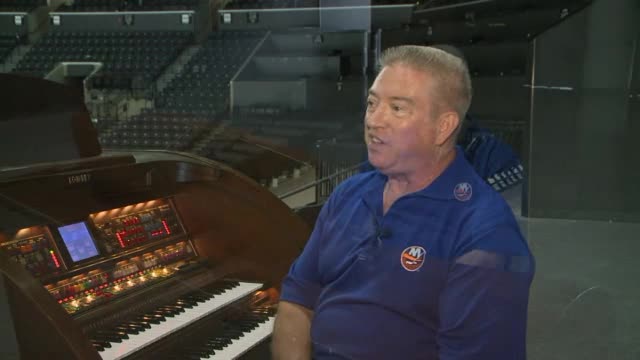 BROOKLYN -- Paul Cartier is a retired air traffic controller -- but for years, he's also been playing the organ for the Islanders.

He says directing fans is usually easier than directing planes. With new fans and a new home this season, he's happy to be playing a familiar instrument.

No matter which way you look at it, in hockey, traditions matter. It could be why the Islanders and Barclays Center went to such great effort to move an old organ to a new home this year.

"What may seem like something small as far as bringing an organ, it means a lot," said Fred Mangione, COO of Barclays Center.

So when the Islanders open the season in Brooklyn, it may not look like the old barn at Nassau Coliseum, but it will sound similar.

"You walk in and it will sound like an Islander game," said Cartier.

Cartier has been playing the organ for the Islanders on-and-off since the Stanley Cup days back in the early 80's.

"Being a fan myself, it's a dream really because you can kind of express your feelings," said Cartier.

The organist started playing when he was 9-years-old and, like most fans, sits on the edge of his seat during games. The first time he played at Barclays Center, for a preseason game, Cartier says he was transported right back to his childhood.

"The sound was awesome, because it's a whole new sound system, whereas the Coliseum who knows when the speakers were changed last. Lots of crackling, popping, we'd blow the fuse or the circuit breaker on a speaker" said Cartier. A lot like the team some years.

"Face it; you know when they're not playing that well it becomes a job."

So coming off a first round playoff loss to the Washington Capitals in 7 games last season, many people are hoping the new energy will help push the team deeper into the playoffs this season.

"We've told the Islanders fans from Long Island to bring that passion and the way they go about it every night to Brooklyn," said Mangione. "But at the same time the borough of Brooklyn is so excited about this team coming."

Cartier is confident it's only a matter of time until the team hangs some new banners in their new home.

"Probably we're going to bring the roof down eventually."

And he'll provide the perfect soundtrack when they do.