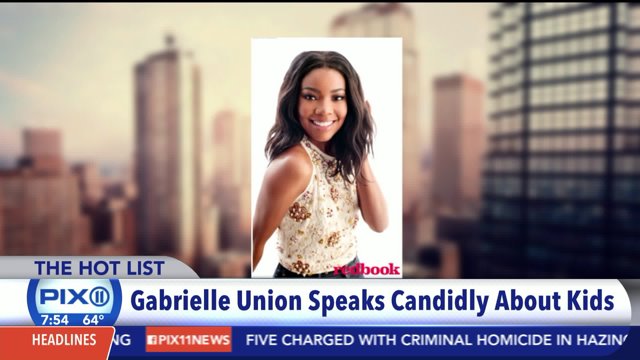 Actress Gabrielle Union spoke candidly in a recent interview about the discrimination women face in the workplace for being mothers.

"You can't have a bad day. Don't you dare cry at work. Don't raise your voice. Especially if you're a black woman in corporate America—now you're 'the angry black woman,'" Union said in an interview for Redbook Magazine's October issue.

Union says there's a certain amount of shame placed on women who choose their career over starting a family at a younger age.

"You feel like you're wearing a scarlet letter," Union says.

The 42-year-old actress married NBA star Dwayne Wade last year. Wade has three children of his own, but has none with Union so far.

“So far, it has not happened for us. A lot of my friends deal with this. There’s a certain amount of shame that is placed on women who have perhaps chosen a career over starting a family younger," Union said in the interview.

"The penance for being a career woman is barrenness. You feel like you’re wearing a scarlet letter.”